Set Foot Where Nobody has Set Foot Before

Just about 100 miles southwest of Anchorage, Snug Harbor Outpost is located on Chisik Island, a small island located at the start of Lake Clark National Park in the heart of the Tuxedni Wilderness.

Accessible only by boat or plane, the Tuxedni Wilderness is an integral unit of Alaska’s Maritime National Wildlife Refuge. President Theodore Roosevelt established Chisik Island and its neighbor, Duck Island, as a wildlife refuge in 1909, forever protecting and preserving the rocky island cliffs for native and migratory birds that come to nest.

For over a century, this glacier-forged island has served as a beacon of refuge in the Cook Inlet for large sailing and fishing vessels. 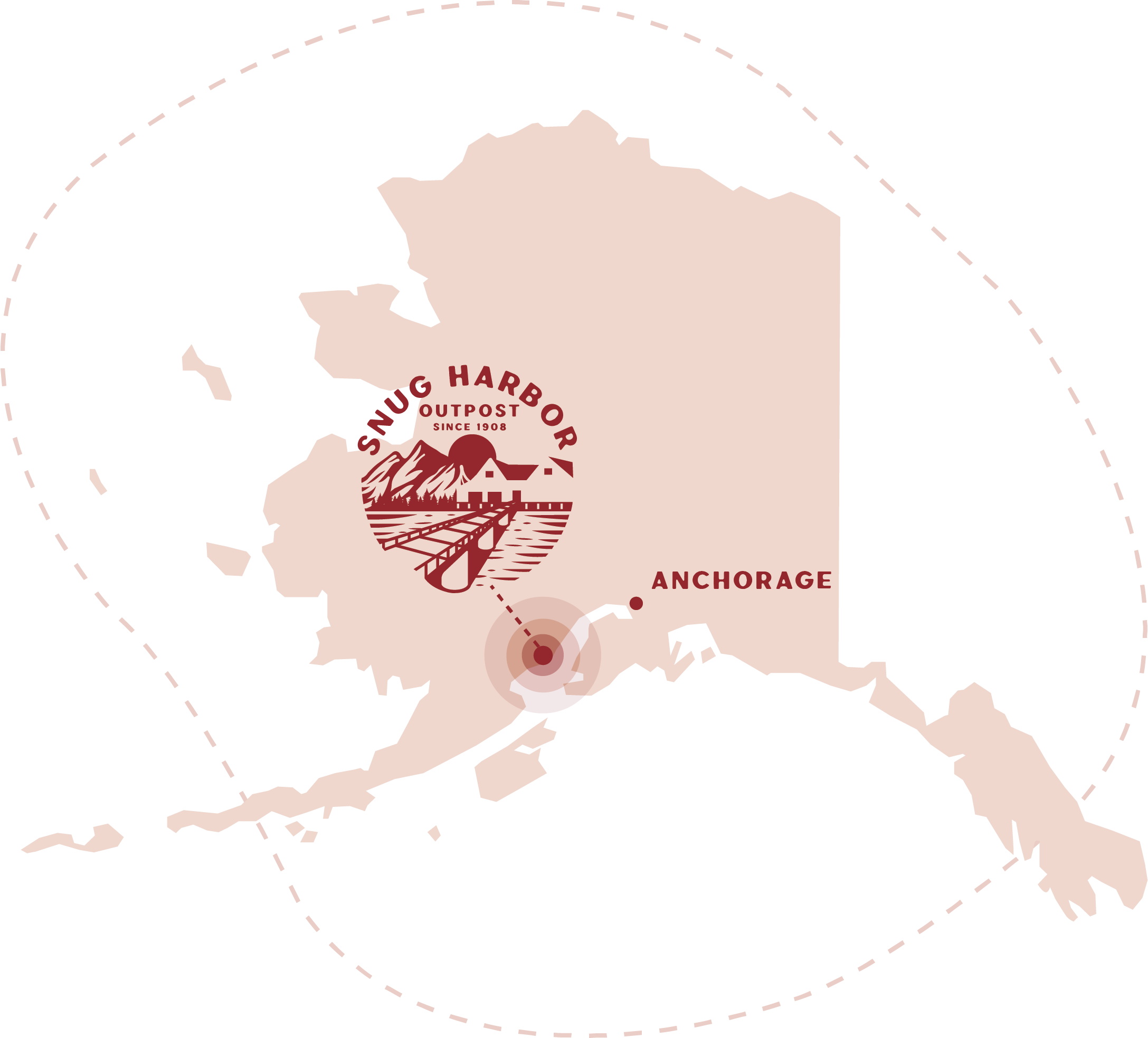 Experience History at One of the Last Remaining Early 20th Century Alaskan Canneries. 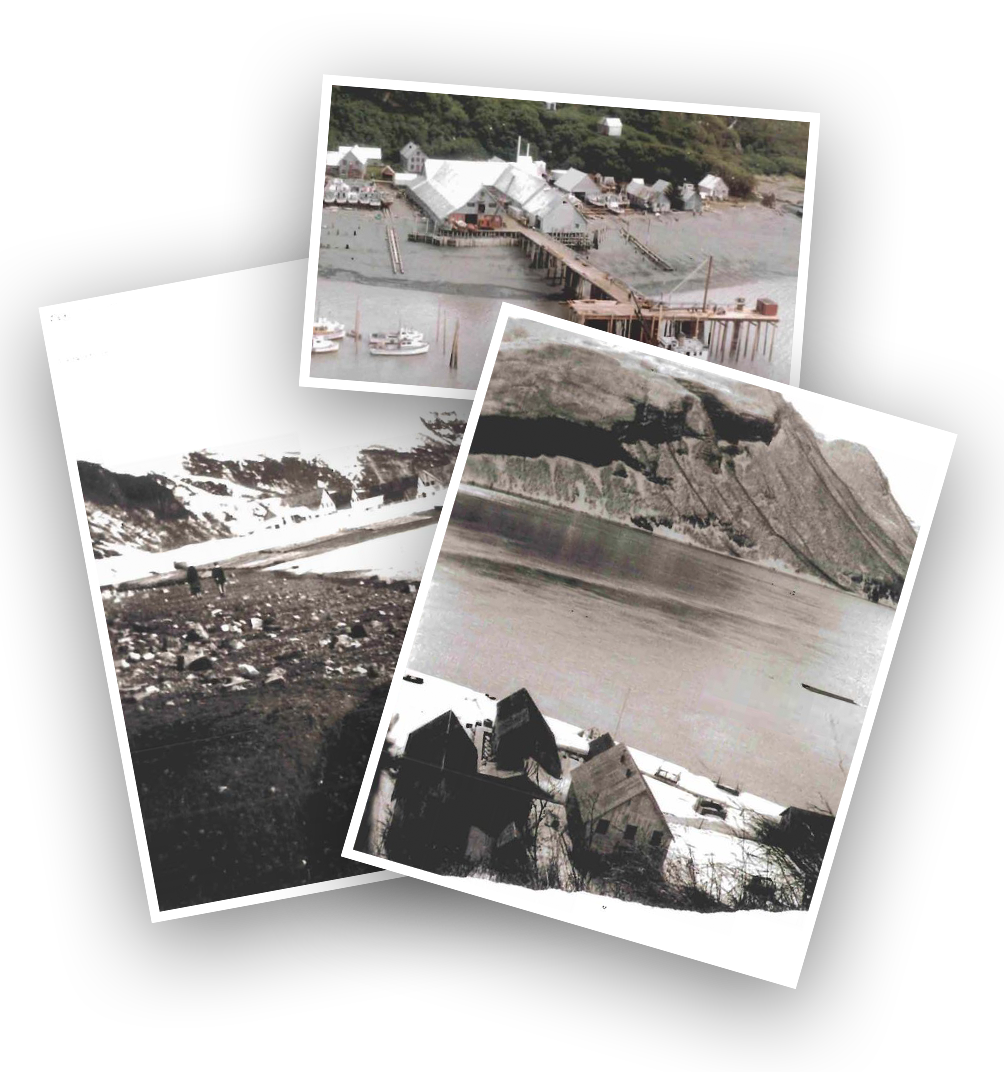 Nicknamed the beacon of the “Forgotten Shore,” Snug Harbor Outpost is home to one of the last remaining Alaskan canneries. Nearly all other early 20th century canneries have lost the battle with time and have been swallowed by the sea.

Established in 1908, the Snug Harbor Cannery played an essential role in Alaska’s salmon fishing industry. It offered a safe port for cannery fishing boats operating on the west side of the Cook Inlet, providing fisherman, factory workers, and their families a nurturing community truly in the middle of nowhere. The outpost was home to an extended family and community of commercial fisherman and cannery workers.

This hard-working community combined with relative isolation helped lay the foundation for the the success of the canned salmon industry. The ‘red gold’ from Tuxedni would be an integral part of Alaska’s economy for decades to come, helping shape Alaskan politics, culture, urban society, and environment.

Through the hard work and dedication of the Porter Family, all of the original Snug Harbor Cannery buildings are not only still standing as they did over 100 years ago, but they have been reimagined to capture modern comforts of home and still pay tribute to the culture and history of the outpost. The iconic Snug Harbor pier stands proud and just as welcoming today as it was to fishing boats in the early 1900’s.

Snug Harbor Outpost visitors can truly experience the story and history of the last American frontier, touring and staying in these original cannery buildings,.

Nearly 95% of brown bears and grizzly bears in the United States live in Alaska, with a large majority of them living in Lake Clark National Park and along the Cook Inlet coast. Black bears are also found throughout the park, in addition to several species of wolves. As with all balanced predatory ecosystems, Lake Clark National Park is also home to the Mulchatna Caribou Herd, moose, snowshoe hares, and high in the Chigmit Mountains, dall sheep.

Chisik Island is home to the largest seabird colony in the Cook Inlet. Migratory and resident nesting birds come to the rocky cliffs to raise and feed their young. Over 180 species have been viewed in the Lake Clark area, species like puffins, murres, pigeon guillemots, sea ducks, sandpipers, trumpeter swans, surf scoters, raptors and hawks, and of course, golden and bald eagles, a staple expectation for any Alaskan bird watching experience.

Lake Clark National Park and the Cook Inlet is an angler’s promised-land, employing families for generations and being a staple in Alaska’s fishing industry. Keystone species like sockeye salmon, arctic grayling, and halibut can be found in the inlet and in lakes and rivers throughout the park. 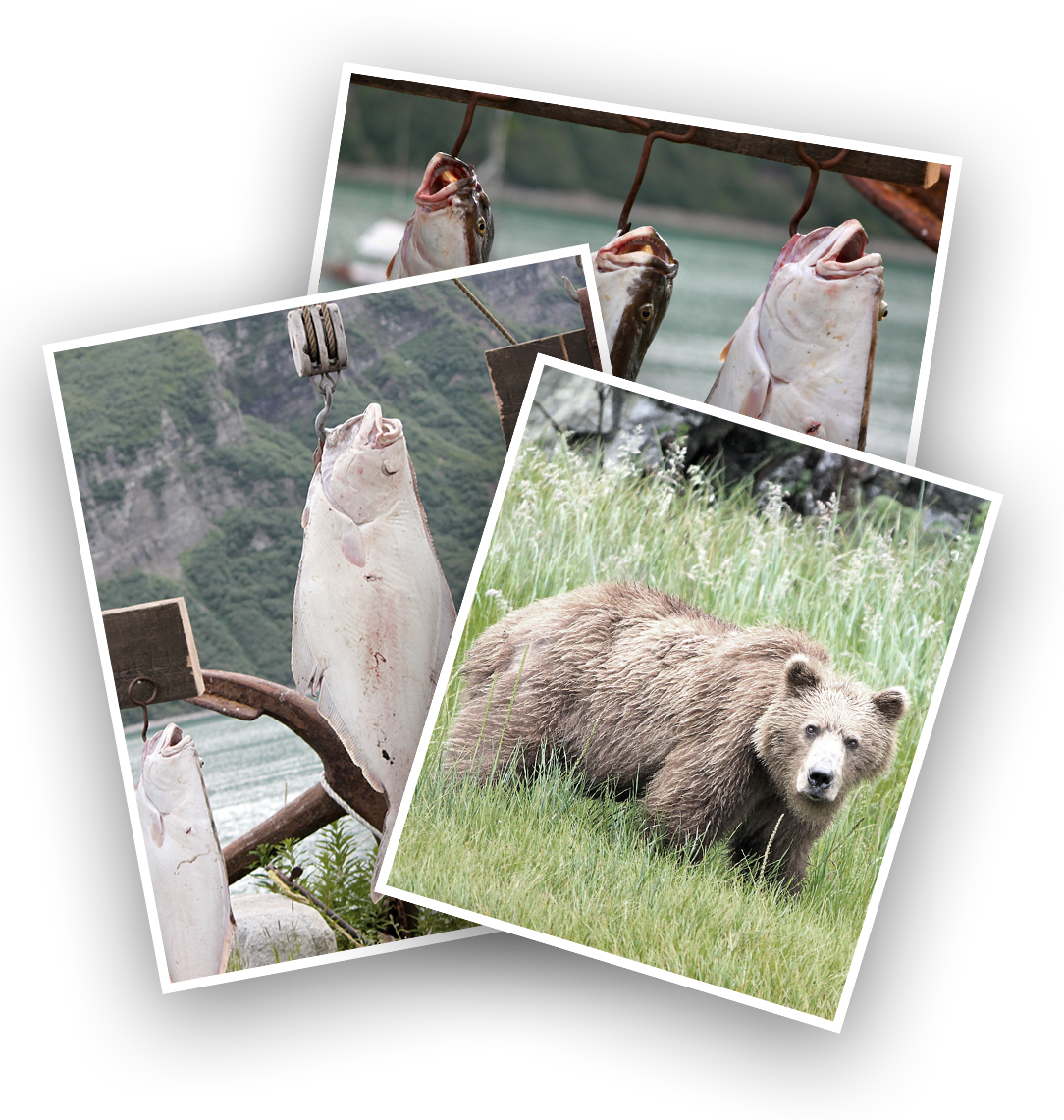